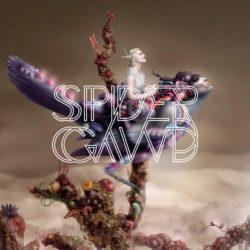 For those patiently awaiting news from camp Spidergawd, today we have it! The new record VI will be out this December on Crispin Glover Records. In advance of the record, we also have two new 7″s.

“Spidergawd 6 continues to tread the same path as S.4 and S.5. The difference is the co-songwriter. The ‘new kid’ always wants to step up his game, and Spidergawd is no exception from this thesis. Bass player Hallvard Gaardløs was the co-pilot on albums 4 and 5, and this time Brynjar moved up to the co-pilot seat.

The band continues to hold their latest recordings as their favorite. However, whether or not this album contains new singles for the band, only time and listeners can tell. But the album, as an entity, is probably the best one so far.”

VI is out on December 10th. Presales begin next Friday, October 22nd.

The two new 7″ singles Prototype Design and a split 7″ with The Dogs are on presale now. These will be out on October 29th.