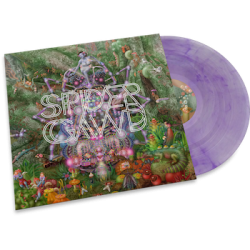 Additionally, we have a new box set on presale: IV, V, +!
This box contains the fourth and fifth albums as well as an extra disc with the B-sides from recent 7″ singles. The box also contains liner notes to every song and full, never-before-seen artwork.

Spidergawd, with its fifth album under its arm, can be seen on tour in Norway and throughout Europe from January to the end of March 2019. Check the tour dates section for more!