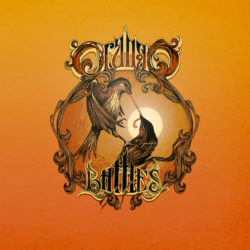 “Battles” can be considered Orango’s classic album and the one to gain them international recognition. Long sold out in it’s original box set packaging, the band is now re-releasing it as a double LP in a deluxe gatefold with two vinyl colors and – most importantly – two bonus tracks. It will be released on March 13 and we have it on presale now. Limited worldwide to just 300 copies, grab a copy while you can!