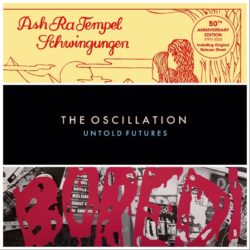 A few new titles have arrived in our webstore, with more coming later on! Here we’ve got for you…

Bored! – Back For More (LP) – 12 tracks of the “best bits” by Australian underground legends Bored!. Geelong’s most raucous guitar led rock action destroyers, whom started a whole scene back in 1987, these tracks are picked by a long term fan of the band as a tribute to Dave Thomas, leader of Bored! who passed away in early 2020. Neon green vinyl.  All monies raised from this release will be passed to his surviving family. Join in!