New webstore arrivals from Totem Cat Records and others 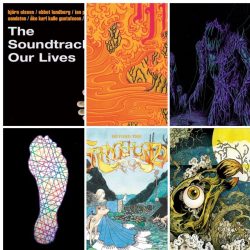 Deadbird – Twilight Ritual (LP, Totem Cat Records)
Available for the very first time on vinyl! Totem Cat Records & Hibernation Release are proud to bring you this important piece of Arkansas doom metal originally released in 2007, featuring members and ex-members of Rwake, Pallbearer & The Obsessed. The vinyl comes with a 4-page insert featuring the story of the recording as well as a download code for the previously unreleased version of the album called “Other Worlds Than This”!

Nicolai Dunger – Every Line Runs Together (LP, Gamlestans Grammofonbolag)
Excellent new album from Nicolai Dunger, featuring Reine Fiske as well as Ebbot Lundberg and other members from the Soundtrack Of Our Lives.