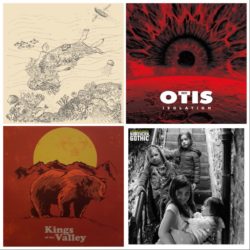 Fresh arrivals in our webstore! This week we have for you:

Andrew McGibbon – Northern Gothic
LP (white) | BFTRS020 / Blues For The Red Sun Records
As one-half of acclaimed Northern Irish garage blues duo The Bonnevilles, Andrew McGibbon has spent the last few years underscoring his status as one of the island’s most captivating frontmen. His first solo album is a proudly weird collection of lo-fi psychedelic garage rock. Our copies come with a signed 8 page booklet on white vinyl.