New releases in the shop and other news 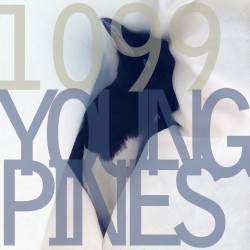 Summer’s over and we have two new goodies ready to ship:

1099 – Young Pines 2LP (col) + CD
Norwegian instrumental rockers 1099 have been around for over ten years.
Their second album “Young Pines” was released digitally in February – and now the double LP edition has been made available. It encompasses eight tracks for a total of over an hour`s worth of music. On this record the band wanted extra focus on melodies and structure, but without compromising the dynamics and huge sound they are known for.

The album comes on the band’s own Lyte label and you can give it a listen here.

BLACK MOON CIRCLE – The Studio Jams, Yellow Nebula In The Sky LP
A collaboration between Scott Heller from Oresund Space Collective and the band. Limited edition, available as colored or black vinyl.
You can listen to it here.

We are also busily preparing for Motorpsycho’s “Supersonic Scientist” release, which is scheduled for October 16th on CD and vinyl. There will be a presale as usual and we will fill you in on more details next week.

We are also working on getting a brand new website online, which will be going live later this month!