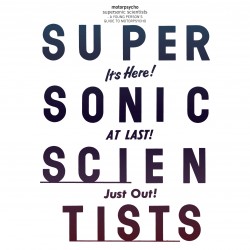 The upcoming Motorpsycho anthology, “Supersonic Scientists, A Young Person’s Guide to Motorpsycho”, will be released on Friday, October 16th, right in time for the massive Motorpsycho exhibition at The Rockheim Museum in Trondheim.

The album will be a double CD and a double LP, and we have done a pressing on clear vinyl for the mailorder. THE PRESALE IS STARTING ON WEDNESDAY, SEPTEMBER 16TH AT NOON!

Releasing a first-ever anthology after 25 years of activity is a huge job, but we feel that the band has made a truly interesting and excellent selection of songs. They are not in chronological order and have been re-mastered by Helge Sten, aka Deathprod – two facts that will ensure the album “flows” nicely. The album also contains an incredibly detailed family tree, a true treasure for all the hardcore fans.

The tracklist remains a secret until the beginning of October, so you can start speculating on what the band has decided to include!