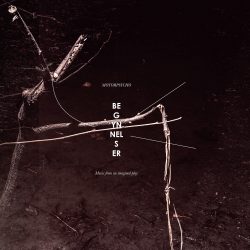 It’s been a long, cold, lonely winter and Motorpsycho have returned with their first project since last year’s acclaimed Here Be Monsters – “Begynnelser”, a soundtrack to the eponymous play by influential Norwegian playwright Carl Frode Tiller. Motorpsycho spent two months with theatre company De Utvalgte performing their live soundtrack to the piece and now present it to the world in the deluxe package including 2 heavyweight 10″ records, a CD and DVD of the performance.
Musically, this is everything and nothing you’d expect from the rock band that knows no bounds – scratchy tape machines playing wistful melodies, gentle acoustic guitars, bizarre and beautiful atmospheres that take you to begone times. This package is limited to 1,500 copies on Stickman so don’t miss out!