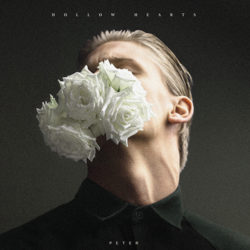 We don’t usually get much in the way of folk music in our store, but our friends at Westergaard Records have hooked us on Hollow Hearts, whose third album comes out today.

Coming from the northern Norwegian city of Tromsø, the band takes elements of folk, Americana and roots – genres traditionally associated with the American heartland – and channels them through their own unique Nordic voices. The result is a singular blend of pop music that feels as at home bathing in the Northern Lights as it would in Nashville.

Peter is the third and final chapter in the band’s story about the lifelong relationship between two lovers and just how complicated that love can be. At times melancholy, at times uplifting, Hollow Hearts’ music is always emotional, beautifully conveyed and impressively performed. Using both acoustic instruments and reverb-drenched electric guitars, the band tastefully utilizes traditional elements of pop and folk in a modern context, sometimes even hitting upon traces of Wilco, Fleetwood Mac and Amason.

Peter is available on LP and CD in our webstore.