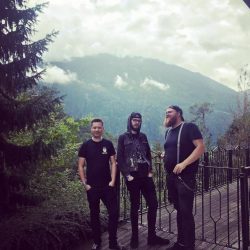 We’re happy to announce this week that we have a new signee to our roster: Belgian instrumental space-stoner-psych-prog rockers GROTTO!

Grotto is a young three-piece whose sound exists somewhere in the constellation between the heavier elements of rock music. Using spacious, open chords as the building blocks for their riffs, the band carves out long songs with progressive structures and unexpected twists. Fans of psychedelic rock, stoner rock, doom, grunge, post and prog rock will all feel at home in Grotto’s musical universe.

After two albums released in quick succession the past years, the band has been growing quickly and has a fantastic new LP in the wings, the details of which we will begin releasing shortly.

You can check out their previous releases on their Bandcamp page in anticipation of the next one!