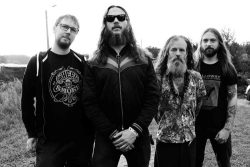 We are proud to announce a new collaboration with the fantastic Dutch band Temple Fang for a 2CD/digital release of their debut studio album Fang Temple (which had previously only been available on vinyl).

The band, which features ex-members of Death Alley, has crafted four lengthy, epic tracks on this record that could broadly be classified as psychedelic rock, but encompass much more. We have been heavily into this release for some time now and are happy to help it reach a wider audience! As soon as the CD is delivered from the pressing plant it will be made immediately available.

While the 2CD is in production, you can already have a listen at the band’s Bandcamp.