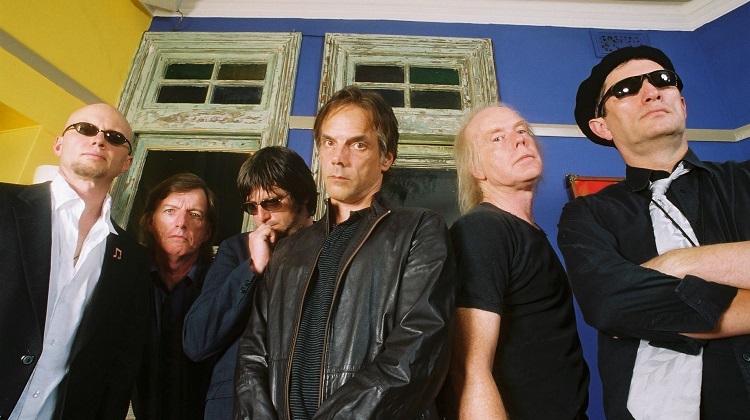 Radio Birdman was conceived by Deniz Tek and Rob Younger in mid 1974 in Sydney. With Ron Keeley, drummer; Pip Hoyle, keyboardist and Carl Rorke, bassist; they envisioned a band which would break rules and have no regard for the status quo of the rock business at that time. The band would play hard and with maximum effort from the members at all times, almost as though their lives were at stake. It was to be an art form created from a rock and roll song foundation, lit by passion. The performances were designed with no strict format or structure, and could go in any direction at any time. This would include forays into improvised visual as well as sonic realms. At any moment theatre or dance, even poetry reading, could occur. No two performances were the same. Each performance could have been the last.

The establishment reacted predictably. There were many doors slammed shut, engagements cancelled after the first song, often with the threat of actual physical violence and destruction as club bouncers were let loose on the band itself. The band had to resort to putting on its own shows in small community halls and the like. Later, they found a pub upstairs in Taylor Square which allowed them to perform without restrictions. This was the Oxford Tavern. Later the band took over its management, renaming it the Oxford Funhouse, and made it available for other like minded groups who followed.

An exclusive scene developed, at its center the couple of dozen friends and fans who had been there from the beginning. The Funhouse became the nidus for the incipient crystallisation of the Sydney “punk” scene even though the founders were not really a punk band.

Radio Birdman recorded an EP “Burn My Eye” and an album “Radios Appear”, both low budget recordings made piecemeal at the 24 track Trafalgar Studios on days when the studio had no paying clients. The band and the studio created their own label and the records were self distributed, at a low price, cutting out the middle men.

When Sire records president Seymour Stein was in Australia to sign the Saints, he saw a Radio Birdman show at the Funhouse and licensed Radios Appear from Trafalgar, signing the band to a recording contract as well. The band wanted to rectify some of the things they didn’t like about the album for the US and European release, so about half of it was re-recorded and some new material was added. They then toured Europe and England, recording a second album, Living Eyes, in Wales.

Radio Birdman were a volatile mix. The chemistry of the members combined to form a whole that was much more intense than the sum of the parts. In effect, a new force was created, whose energy seemed to empower some of the members but corrode others.

As hot as the band glowed, it was inevitable that it would relentlessly burn out its components. Given the human frailties of the individuals involved, it is a wonder that the first incarnation lasted as long as it did, finally giving up in June of 1978.

For years following this event, a wave of influence was unleashed which has encompassed the earth. An entire sub-subculture, tied loosely to the surf and skateboard movement, with tiny enclaves all over the world, has formed based on the cult of Radio Birdman. They are considered seminally important in the development of music in Australia, and their most dedicated fans are often musicians in other bands that are successful today.

Radio Birdman reformed in January of 1996 with all original 1978 members, and completed four national tours of Australia. Both critics and fans old and new feel that they more than lived up to the legend. They recorded a live album, “Ritualism”, on the first of these tours. Initially it was only available by mail order on their own Crying Sun Records label, another low budget but high quality DIY project which is perfectly consistent with their earlier work both sonically and philosophically.

Following the departure, sequentially, of Warwick Gilbert (replaced by bassist Jim Dickson) and Ron Keeley (replaced transiently by Nik Rieth and enduringly by Russell Hopkinson), the band embarked on multiple successful European and North American tours, while continuing to play regularly in their home country. With the revamped rhythm section, they recorded an album of all new material, Zeno Beach (2006), which received 4 stars from Rolling Stone magazine:

” Zeno Beach … is as fast and fierce as the few, hugely influential records the band made in its first lifetime. Even then, Radio Birdman never played punk rock as Warped Tour bands now define it, instead creating a then-unprecedented attack music from surf music, Nuggets-style garage, the primal assault of the Stooges and the twin-guitar terror of Blue Oyster Cult. It is still a rare blend of gunpowders, and the rejuvenated Birdman pack fistfuls into “You Just Make It Worse”, “Locked Up”, and especially the opening resurrection bulletin, “We’ve Come So Far (to Be Here Today)”. Few bands of any vintage can say that with a straight face. Radio Birdman play it like they never stopped. * * * * Rolling Stone.

In 2007, Radio Birdman toured the world for the last time, often playing to sell-out crowds. They played more than 80 concerts in Australia, North America and Europe. The year’s events included returning to Australia to accept the ARIA award for their induction into the Australian Music Hall of Fame.

Radio Birdman disbanded at the end of 2007.

2014 & 2015 saw remastered material and new material from the band’s 1976-’78 back catalogue in high quality vinyl format. This includes all of the previous albums, plus a double LP from a 12/12/77 concert at Paddington Town Hall, previously unreleased. There is also a cd box set of these original recordings, remastered, plus previously unreleased archived studio material recorded during 1976-’78.

Original members Pip Hoyle, Rob Younger, and Deniz Tek assembled a new lineup in 2014 and played a run of concerts around Australia. There are further tours and vinyl releases planned.

And what did Stickman have to do with any of this? Out of sheer fandom, we licensed the vinyl for “Zeno Beach”. A huge honor, and unfortunately long sold out.