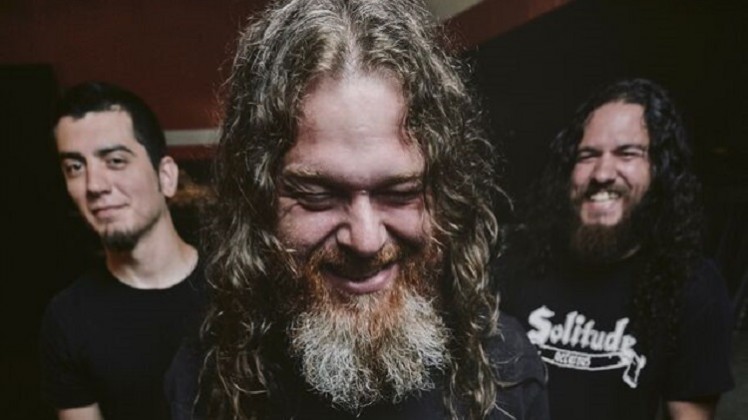 Mos Generator is the brainchild of multi-instrumentalist and producer Tony Reed. Having remained a steady presence in the rock n’ roll underground for many years, the band regained vitality through a lineup overhaul in 2015 which saw the Generator return to Europe for the first time in years with labelmates Elder. To commemorate the tour, we put out a limited 7″ but that has proved to just be the beginning of our collaboration! On September 9th, we released Mos Generator’s newest (mini)album titled “The Firmament”, a superb collection of new and reworked tracks recorded live in an airplane hangar as part of the live music movie The Firmament.

“If there’s such a thing as fusing some soul into a doom palette, MOS GENERATOR has achieved that. Seldom will you hear an unambiguous merge between the two outside of BLACK SABBATH’s “Sabotage”. Mos Generator have tapped into a loud vibe featuring sinister and coarse nuances yet with something revealing far more heart”.
Ray Van Horn Jr.- Blabbermouth

Mos Generator formed during the winter of 2000 in Port Orchard, Washington from the ashes of a ten year off & on collaboration between it’s three members, all of which are long time veterans of road & studio. The need to strip down to the basics of hard rock was apparent from the start and continues to be the foundation for all the bands recent material. Mos Generator have released 6 studio albums, a retrospective album, and a live album on such labels as Listenable, Roadburn, Small Stone, Ripple, Nasoni, and Lay Bare. Touring has been just as important to the profile of the band as making records has. Over the years Mos Generator has shared the stage with many great heavy rock bands and in March of 2013 they did a 26 date European tour with Saint Vitus, opening up a whole new fan base to the Mos Generator sound. In 2014 the band released “Electric Mountain Majesty” on the French label Listenable and played two prestigious festivals in Europe: Freak Valley Festival in Germany in May and the massive Hellfest in June.
2015 brought in a new rhythm section and the possibility of touring far beyond the limitations of the original lineup. The first test was a long run with lablemates Elder first in the US and then in Europe, and since then the band has hardly slowed down. 2016 saw the release of not one, but two new releases – a new full length, “Abyssinia”, and a mini-LP titled “The Firmament” as an accompaniment to a live action music film. Shortly thereafter Mos Generator embarked on their third European jaunt and first ever as a headlining band abroad, embarking on yet another run in the States upon their arrival back home.

“It’s as pure an example of heavy rock as I’ve heard.” JJ Koczan – The Obelisk