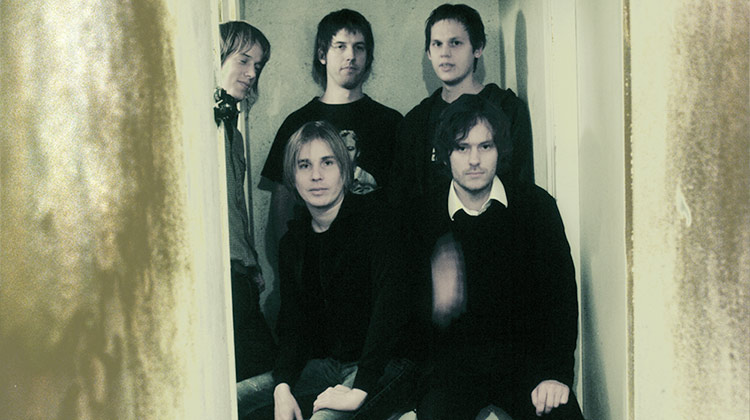 Spring 1999: Jakob Nyström, Jakob Moström and Daniel Berglund got together to record some songs on their 8-track. Jakob and Jakob had written some songs seperately and now they intended to make them reality together. The idea was just to fulfill the potential of each individual song and not to care whether they fit together. There were, after all, no plans to record an album or even start a band at this point. The results were surprisingly good and to make rehearsals easier they invited Daniel’s younger brother Anton to play bass.

July 1999: 12 songs were recorded at Jakob Nyström’s parents house in Sävar, much to the annoyance of their neighbors. A friend at Chalksounds Records wanted to release a 7″ from that session so the band was christianed “Isolation Years”, a line in the title song from the EP called “Idiot Pilgrimage”. The band added Mats Hammarström on piano/organ for live performances and later he joined the band as a steady member. After a few shows Isolation Years gained a growing reputation for delivering atmospheric yet powerful pop music. Pressure from friends and fans convinced the band to aim for the world outside mid-northern Sweden.

June 2000: Some 15 chosen songs were recorded in their homemade studio with the intention to release them by themselves if nobody else cared. José of Abhinanda then sent the recordings to Stickman Records, who cared a whole lot!

2001: Shows in Stockholm and some summer festivals were played and the recordings were mixed and mastered for a release on Stickman Records. The album was titled “Inland Traveller” and the band made their live debut outside of Sweden at the Stickman Festival in front of, as Jakob said, more people than lived in the town he comes from.

2002: Lots of shows in Sweden, one tour through Germany and a tour of Germany and Holland followed. The “Talkin’ Backwards” EP was released in February.

2003: The dreaded second album, “It’s Golden”, is recorded and released, and it’s a masterpiece! Great press and alot of touring through Scandinavia, Germany, Austria and Switzerland followed. The video to “Open Those Eyes” was spotted on MTV Nordic and Onyx, as well as the song receiving alot of radio airplay all over Europe. This year also hailed the release of “Inland Traveller” in the US on the small independent label “Galaxy Gramophone”. Shortly before the end of the year, the EP “Frosted Minds” is released in Sweden by MNW.

2005: “Cover the Distance” is released and receives rave reviews all across Europe. The album is followed by extensive touring and a ton of interviews for the european press.

2007: Isolation Years’ final album, “Sign, Sign” is released. A beauty, but unfortunately the band decided to call it a day to pursue other interests (and raise families).

The past: Jakob and Jakob have known each other since early childhood. Daniel and Anton Berglund teamed up with Jakob N. in Sävar (a town outside of Umeå) in the mid-80’s. They played together in various constellations ranging from cheezypop to hardcore. The Berglunds have a history in hc-bands like Abhinanda and Eclipse, but learned their skills by accompanying their father in the chapels and churches arounds the area. Jakob M. sleeps with his tape-echo and likes spaghetti westerns while Jakob N. listens to psychedelia and enjoys playing the saw. Daniel used to drum for Komeda and is now practising on the trumpet and Anton plays accordion and is currently learning the euphonium. And last but not least, Mats is an excellent guitar player and sound engineer but is currently playing the piano.