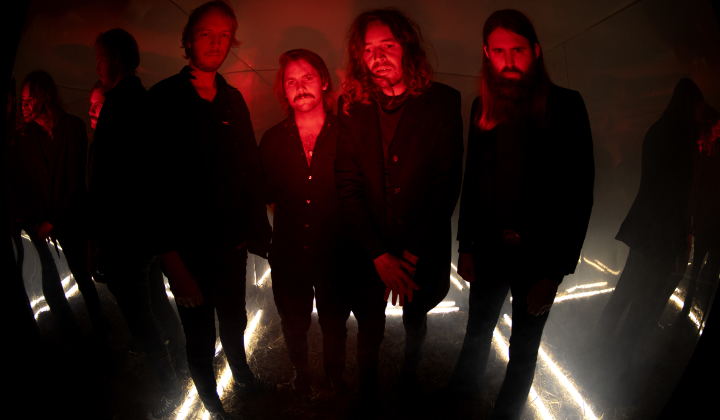 Iron Jinn are Oeds Beydals (The Devil’s Blood, Death Alley), Wout Kemkens (Shaking Godspeed, De Niemanders), Bob Hogenelst (Birth of Joy) and Gerben Bielderman (Pauw). Their self-titled debut is a frantic album that follows the logic of a dream: none. The nine songs are the result of a chaotic accumulation of modern world impressions, information and conversations that are forcefully pushed through a human funnel: the minds of Oeds and Wout.

Guitarists/songwriters Oeds and Wout crossed paths for several years whilst playing in Death Alley and Shaking Godspeed. Finding common ground in challenging the status quo in heavy rock music, their first real get-together birthed a festival: the all-nighter Last Night On Earth. For their second collaboration they took to the Roadburn 2018 stage and performed new original material as Iron Jinn (then spelled ‘Iron Chin’). After their Roadburn live debut they kept on writing, teamed up with longtime friend and powerhouse drummer Bob and commenced the recordings for this debut album in the spring of 2021. After that Gerben was added to the band’s line-up.

The band’s self-titled debut will be released in April 2022. You can listen to the single Soft Healers now!