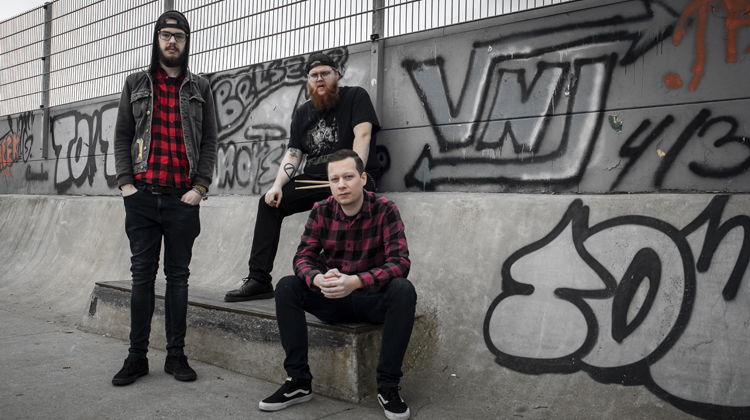 Grotto are a young three-piece instrumental band from Belgium whose music draws from all corners of the rock universe, weaving a fabric of sound both familiar and otherworldly. Founded by friends Marvin Dinneweth, Jeroen Moerman and Arno Tucker Cottyn in the 2010s, the group released two LPs in quick succession before landing at Stickman for their upcoming third record.

The building blocks of Grotto’s sound could be described as riffs, as they are heavy, groovy and dense; yet the band relies on open chords, spacious sounds and jangly tones that give their music a unique voice in the heavy rock world. Working in long song formats usually exceeding 10 minutes, their songs bloom and evolve in non-traditional form, leaning more towards progressive and post rock than stoner and doom.

Grotto joined Stickman in 2019 with their third LP Lantern of Gius, an ambitious 2-track album that propelled them to new standing in the heavy psychedelic music scene. They will be touring the rest of the year and in 2020 across Europe.