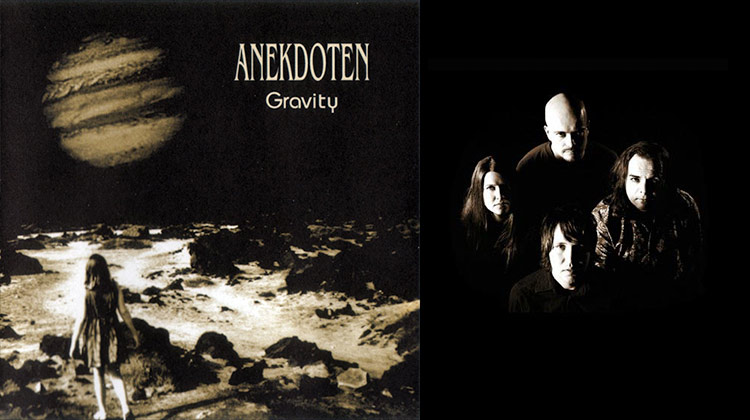 Anekdoten was formed in 1991 by Anna Sofi Dahlberg, Nicklas Berg/Barker, Peter Nordins and Jan Erik Liljeström. Unlike most bands, the line up has remained intact since the beginning. Anekdoten has released 6 studio albums on their own Virta-label and 2 live albums so far.

Their debut album “Vemod” was released in 1993. It garnered exceedingly positive reviews and invitations to perform live in different parts of the world. Their reputation as a great live act was established after their performance at Progfest ’94 in Los Angeles, which at the time was the world’s most important festival for new progressive rock.

The follow up, “Nucleus”, released late 1995, was an uncompromized, grungy and distorted affair. It proved to be too heavy for the more conservative wing of the progrock community, yet others found “Nucleus” to be a major leap forward for the band. Although controversial, “Nucleus” still confirmed the band as one of the premier contemporary progressive acts.

The long-awaited third studio album “From Within” was released in 1999. On “From Within” Anekdoten moved slightly away from the 70’s influenced progressive rock of its predecessors and towards a more contemporary sound.

Anekdoten has toured in Europe and the USA numerous times. They have also performed in Canada, Argentina, Brazil and Japan. The latter visit was documented on the 2-CD “Official Bootleg Live In Japan”, recorded in Tokyo and released by the Arcángelo label in 1998. A Japanese-only 4-track mini-CD called “Live EP” was also released in 1997.

Their fourth studio album, “Gravity”, was presented to the world in June 2003, and was distributed by Stickman Records, as was the following album “A Time of Day” from 2007.  Their most recent album, “Until are the Ghosts are Gone” was released in 2015 after the band’s lengthiest recording pause to date.

“The War Is Over” from the album Gravity