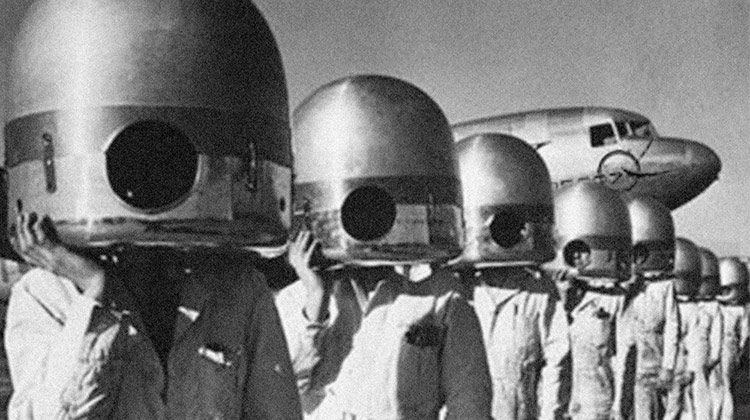 35007 is the code name for a projectile with a unique sound. Ranging from firm grooves drenched in multiple layers of sound and hypnotic riffs to flowing soundscapes, their music is a fine combination of past and future in influences and technique. This sound has been captured on the very well-received albums “Especially for You” – 1994 (remastered and re-released in ’99) and “35007” – 1997, released exactly 50 years after Chuck Yeager’s first sonic boom. These albums contain instrumental as well as tracks with vocals. The 10″/CDM “Sea of Tranquillity” – 2001, marked the appearance of 35007 MARK IV as well as the shift to even more hypnotic instrumental terrain. It goes beyond the conventional rock formula and astonished critics and audience. It was followed in 2002 by the fully instrumental sound track “Liquid”, which continued to expand the boundaries of their sonic universe. The album contains 4 voluminous tracks which take the listener on a surprising and sometimes unexpected journey.

On their last release, “Phase V”, 35007 continue the fully instrumental journey, this time leading into more abstract terrain, led by the roman philosopher Boethius (480-526) who stated that “music is mathematics made audible”. With the digit 5 hovering predominantly, the album is about numbers and sounds. No words, no images. The album has already been nicknamed “songs for the blind”, appropriately “visualized” by the minimal and sensuous artwork. Without the benefit of vision, the ears seem to work much better.

Phase V is an intermediate state. No physical manifestation is to be expected in the foreseeable future, only time will tell what the next phase will be.